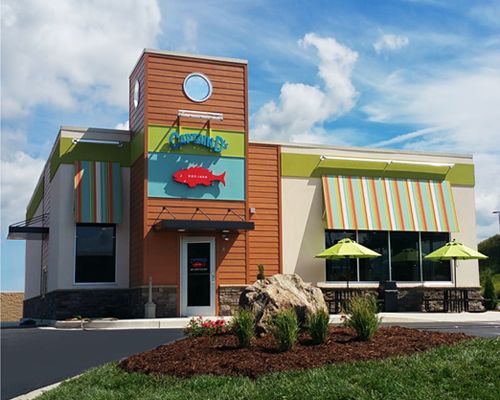 Captain D’s LLC, the leading fast casual seafood restaurant known for serving freshly prepared seafood for more than four decades, announced today Keith Davis has joined its executive team as chief financial officer. In his new role, Davis will be responsible for the development and execution of financial strategies to support the company’s business plans, while also leading the finance and information technology departments. He is joining as the company is enjoying its fifth consecutive year of same store sales growth.

“We’re thrilled to welcome Keith to the Captain D’s executive team as our chief financial officer and have no doubt that his impressive financial experience in the food service industry will be a huge asset as we continue our momentum of compounding success,” said Phil Greifeld, chief executive officer and president of Captain D’s. “Our record-level AUV growth and success over the past several years is a product of the hard work and talent of our exceptional team. Throughout his career, Keith has developed a wealth of business acumen and best-in-class financial capabilities that I know will enhance our business strategies. We are excited to have him join the D’s team.”

An industry veteran, Davis has extensive experience leading the financial and operational divisions of several national food service companies including Round Table Pizza, Beverly Enterprises, Landry’s Seafood Restaurant and Pizza Hut. Most recently, he served as the chief financial officer of Tavistock Restaurants, overseeing the financial strategies for the company’s 130 fast casual and upscale restaurants. Davis earned a bachelor’s degree in accounting from the University of Texas and is a certified public accountant.

With 516 restaurants in 26 states, Captain D’s is the fast-casual seafood leader and number one seafood franchise in America ranked by average unit volume. Captain D’s recently unveiled a new design featuring a vibrant coastal atmosphere and upgraded the dining experience with new plate ware and silverware. Captain D’s new menu, featuring several new items, is brought to life with upgraded menu boards and also features several new kid’s meal offerings. With these efforts, Captain D’s has remained true to what it does best — serving high-quality seafood with warm hospitality at an affordable price.

Headquartered in Nashville, Tenn., Captain D’s has 516 restaurants in 26 states, plus military bases around the world. Captain D’s is the nation’s leading fast casual seafood restaurant and was named the #1 seafood chain in the QSR 50, ranked by AUV. Founded in 1969, Captain D’s has been offering its customers high-quality seafood at reasonable prices in a welcoming atmosphere for 45 years. Captain D’s serves a widely variety of seafood that includes freshly prepared entrees and the company’s signature hand-battered fish, which is cooked to order to ensure freshness. The restaurants also offer premium-quality, grilled fish, as well as shrimp, chicken, shrimp and beef kabobs, hushpuppies, desserts and freshly brewed, Southern-style sweet tea, a Captain D’s favorite. For more information, please visit www.captainds.com.