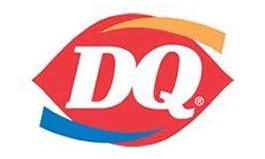 International Dairy Queen, Inc. today confirmed that the systems of some DQ locations and one Orange Julius location in the U.S. had been infected with the widely-reported Backoff malware that is targeting retailers across the country.  The company previously indicated that it was investigating a possible malware intrusion that may have affected some payment cards used at certain DQ locations in the U.S.  Upon learning of the issue, the company conducted an extensive investigation and retained external forensic experts to help determine the facts.  Because nearly all DQ and Orange Julius locations are independently owned and operated, the company worked closely with affected franchise owners, as well as law enforcement authorities and the payment card brands, to assess the nature and scope of the issue.  The investigation revealed that a third-party vendor’s compromised account credentials were used to access systems at some locations.

The investigation has established the following:

“We are committed to working with and supporting our affected DQ and Orange Julius franchise owners to address this incident,” said John Gainor, president and CEO of International Dairy Queen.  “Our customers continue to be our top priority.”  The company is offering free identity repair services for one year to customers in the U.S. who used their payment card at one of the impacted DQ locations or the one Orange Julius location during the relevant time period.  The company has posted information about these services and other steps that affected DQ and Orange Julius customers can take to help protect themselves on the company’s website at www.dq.com/datasecurityincident/.