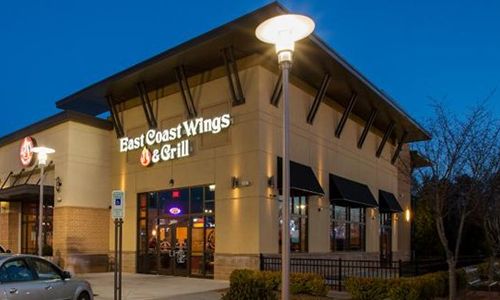 East Coast Wings & Grill, a casual dining restaurant known for its 75 flavors of award-winning buffalo-style wings, is elevating the climate of casual family dining by focusing on success one unit at a time.

Set to average more than 23 percent new unit growth in 2014 and 10 years of positive same store sales, the cutting-edge franchise is leading the buffalo wing segment in profitability and franchisee satisfaction. East Coast Wings & Grill grew its Earnings Before Interest, Taxes, Depreciation and Amortization (EBITDA) by 1.05 percent in 2013 to a 17.6 unit average ($260K) compared to a 16.01 unit average ($232K) the previous year, as disclosed in the brand’s notable Item 19 of the 2014 FDD.

In addition to achieving record earnings that are seen by less than three percent of the casual dining industry, the flourishing wing concept has established a recession-proof business model based on unit-level economics, which translates into consistency and unlimited growth potential for both single- and multi-unit franchisees. Since 2010, East Coast Wings & Grill has averaged more than 20 percent new unit growth per year, which further positions the brand as a top performer in the $117 billion casual dining industry. With major development plans in the pipeline, the company has chartered a trajectory of a minimum of four more years of 20+ percent annualized new unit growth.

“I am ecstatic about our sustained growth and positive same store sales year after year. While many franchisors are focused on rapid expansion, we grow by driving unit-level economics. It’s the soul of our brand – we don’t sacrifice this culture to chase store counts,” said Sam Ballas, CEO of East Coast Wings & Grill. “A healthy franchise model is one where the franchisees are making money and the brand’s patrons are happy with the food quality and service. Our commitment to operational support, diverse menu options, and franchisees’ enthusiasm in delivering an unparalleled dining experience will continue to give us an edge in today’s saturated market.”

As the industry pioneer in unit-level economics, East Coast Wings & Grill has taken a conservative approach to growth by focusing on the bottom line, emphasizing quality over quantity. To further define its philosophy of managing from ‘the outside, in’, the company recently created a Unit-Level Economics/QA division to focus exclusively on proprietary unit-level economics systems and assisting franchisees in delivering stronger revenue and EBITDA growth.

“We are only successful when our franchisees are successful. Seeing our model create top results for everyone involved is our inspiration to continue expanding the concept throughout the country,” added Ballas.

Ending 2013 with 27 units, the burgeoning brand has signed agreements to open more than 94 new restaurants over the next few years, including development plans in Tennessee, Georgia, Virginia, Florida, South Carolina, Pennsylvania, Texas and Kentucky. Known for its 75 flavors and nine heat-intensity indexes, East Coast Wings & Grill has carved its niche by offering a six-page menu with casual dining fare and focusing on great-tasting, freshly prepared food for families, deviating from the standard alcohol-driven setting typical of wing concepts. 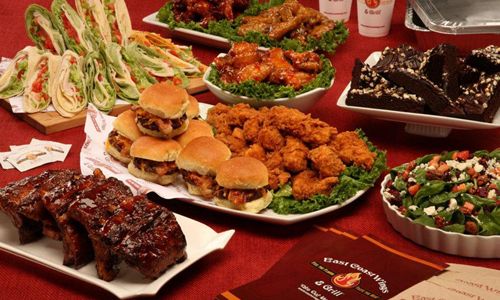 East Coast Wings & Grill, a fast growing casual dining chicken wing franchise, has over 27 locations in North Carolina, South Carolina, Florida and Texas, and has signed agreements to add 94 new restaurants across the country within the next few years. The franchise concept not only caters to the chicken wing lover by offering 75 different flavors of chicken wings in any of nine heat intensities, but also salads, wraps, sandwiches, burgers and more, all using fresh, not frozen ingredients. To learn more about the franchise concept or about exciting franchise opportunities please visit www.eastcoastwingsfranchise.com for more information.