O’Charley’s, a Nashville-based restaurant chain operating 213 locations across 20 states in the Southeast and Midwest, recently celebrated their 75th Hometown Hero recognition event at the company’s Lafayette, Indiana restaurant. The event, which honored two World War II veterans and a Vietnam veteran as Hometown Heroes, came as part of the grand reopening celebrations of the restaurant.

Since April 2013, O’Charley’s has reopened 75 fully remodeled locations across several states, including Tennessee, Georgia, Kentucky, Ohio, Illinois and Indiana, among others. The reopenings are part of a comprehensive plan to revitalize all corporate-owned O’Charley’s locations by the end of 2017. Each restaurant that has reopened has held an O’Charley’s Hometown Hero recognition honoring at least one local military veteran or active duty service member.

“When we initially orchestrated the reimage plan, we knew we wanted to do a continued special event at each reopening. We wanted to do something that would create lasting memories for those involved,” said Mickey Mills, president of O’Charley’s. “We have a longstanding history of honoring veterans and active duty soldiers, so it was natural for us to want to honor both past and present military at each of our newly reimaged locations. From this idea, the O’Charley’s Hometown Hero program was born, and it has been an honor to recognize and say thank you to these many men and women who have served or are still serving our country.”

O’Charley’s is honoring Hometown Heroes at 39 remodeled restaurant locations this year in conjunction with the company’s revitalization and reimaging plan. More than 50 individuals were honored during last year’s Hometown Hero programs at 40 reimaged restaurant locations. By the end of this year’s revitalization campaign, O’Charley’s will have recognized over 100 veterans.

During Hometown Hero events, the honorees visit their neighborhood O’Charley’s with friends and family for a complimentary meal. Most events open with a local color guard presenting the American and military flags while a local performer sings the national anthem. Many of the events over the past two years have included participation from local VFW and American Legion posts, military bases or recruiting offices, high schools, ROTC programs, and veteran’s motorcycle escorts, among other local organizations and support groups.

O’Charley’s has plans to continue the Hometown Hero program along with the company’s revitalization campaign until all 213 corporate-owned locations are reimaged and reopened.

O’Charley’s offers free meals to veterans and active duty service members every year on Veterans Day. The restaurant also extends a 10% discount to military all year round. 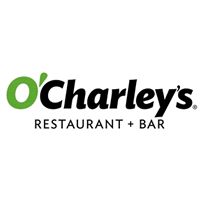 O’Charley’s was born in Nashville, Tennessee and has been a quintessential American Restaurant with Southern roots since its beginning in Nashville over 40 years ago. Famous for its unsliceably soft rolls, Prime Rib on the weekend, Sunday Brunch and fresh baked pie, O’Charley’s operates 213 restaurants in 20 states in the Southeast and Midwest, including 207 company-owned and operated O’Charley’s restaurants and six restaurants operated by franchises and joint venture partners.