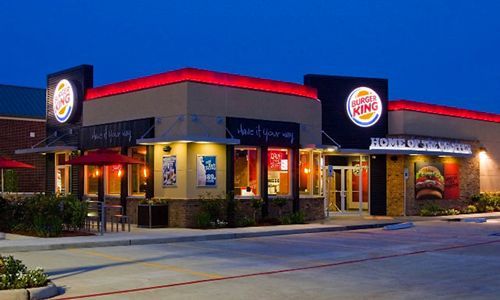 Burger King Worldwide, Inc. (NYSE:BKW) today announced an evolution of its senior management team as Chief Executive Officer Bernardo Hees and Chief Financial Officer Daniel Schwartz assume new roles within the company. With a succession plan firmly in place, additional changes to BKW’s senior management team are a testament to the depth and breadth of the company’s leadership team as well as to the company’s commitment to developing top-performing talent within the organization.

Since 2010, under the direction of Mr. Hees and Mr. Schwartz, the company’s leadership team has led a global transformation of the Burger King brand that continues to position the company for long-term growth. The company strategy will remain the same, focused on aggressive international growth and the “Four Pillar” strategy in North America.

Effective immediately, the following executives have been appointed to new and/or expanded roles:

Upon completion of the Heinz transaction, Mr. Hees will assume the new role of Chief Executive Officer, H.J. Heinz Company.

Daniel Schwartz is appointed to the role of Chief Operating Officer, reporting to Mr. Hees. In this new role, the company’s senior management team will report directly to Mr. Schwartz. On July 1, 2013, Mr. Schwartz will be appointed to the role of Chief Executive Officer, reporting to the BKW Board of Directors and working closely with Executive Chairman Alex Behring.

Since 2010, Mr. Schwartz has served as the company’s Chief Financial Officer. During this time, he has successfully led many of the company’s key global initiatives, including: an aggressive international growth plan with new master franchise partnerships in China, Russia and Brazil; the North America restaurant image transformation program; and the company’s return to the New York Stock Exchange in June 2012.

Prior to joining BKW, as a Partner at 3G Capital, Mr. Schwartz was responsible for sourcing, analyzing and executing the firm’s acquisition of BKW.

Mr. Kobza was previously Senior Vice President, Global Finance, responsible for treasury, financial planning and analysis and investor relations. He joined the company in June 2012 and will continue to report to Mr. Schwartz.

A member of the Burger Kingsystem for more than 25 years, Mr. Wiborg was most recently Executive Vice President and President, North America. In that role, he was instrumental in leading the company’s “Four Pillar” strategy for North America, including the most expansive menu overhaul in the Burger King brand’s history.

Succeeding Mr. Wiborg is Alex Macedo, who takes on the role of President, North America. In this role, Mr. Macedo will lead the North America business and will report to both Mr. Schwartz and Mr. Wiborg.

Since joining the company in 2011, Mr. Macedo has been a driving force of the brand relaunch in North America. Most recently, as Senior Vice President and General Manager, United States, he worked closely with the company’s field teams and with franchisees to improve the Burger King guest experience. In his previous role as Senior Vice President, North America Marketing, Mr. Macedo led the company’s marketing efforts for the largest menu overhaul in the brand’s history.

“When I first took on the role of CEO nearly three years ago, I knew that building a solid and deep leadership team was critical for our long-term success. Today, that seasoned team begins the transition with the depth of institutional experience necessary to move the company forward,” said Bernardo Hees, CEO, Burger King Worldwide, Inc. “As I prepare to begin a new and exciting chapter in my life, I am confident this dynamic group will continue to grow the Burger Kingbrand and, as Vice Chairman, I will stay a part of this great story.”

“In a short time, this management team has positioned the brand for long-term profitable growth,” said Daniel Schwartz, Chief Operating Officer. “I am confident in our strategy for maintaining our momentum and in the power of the Burger King brand globally.”

Mr. Hees will not be selling any BKW shares as a result of these changes. He, along with 3G Capital, BKW’s primary shareholder group, remain committed to the Burger King brand for the long-term. Alex Behring will remain actively involved in the business as Executive Chairman, BKW Board of Directors.