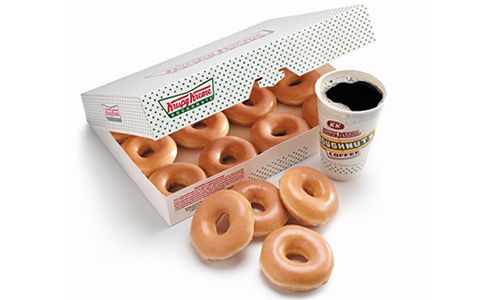 As the company builds on its growth momentum in existing and new international markets, Krispy Kreme Doughnut Corporation will celebrate its 500thinternational store in operation with the opening tomorrow of a new franchise shop in Aguascalientes, Mexico.  Since opening its first international location 11 years ago, the Company has strategically expanded its brand footprint into 20 international markets across Latin America, Asia Pacific, the Middle East, and the United Kingdom.  With recently announced development agreements for Moscow, India, and Singapore, Krispy Kreme continues to grow its international presence in key markets around the world.

Krispy Kreme Doughnuts first opened in Mexico in 2004, and the new Aguascalientes store is the 90th Krispy Kreme store in Mexico.  The Mexico franchise is owned and operated by Taco Holding, S.A. de C.V, a dynamic and successful group that was recently named Krispy Kreme’s 2012 International Franchisee of the Year.  Several exciting promotional activities are planned for fans as part of the new store opening.

“Sharing the unique Krispy Kreme brand experience with more and more fans around the globe is incredibly rewarding,” said Jeff Welch, Krispy Kreme President – International. “Aguascalientes is our 500th international store in operation, and I believe we have only just begun to see what is possible for our brand globally.  A free-standing fresh store, it exemplifies and demonstrates the strength of our hub and spoke model approach.  As a result of a strategic approach to international growth, today we have commitments for nearly 400 additional international locations, so we are well on our way to meeting our corporate goal of 900 international stores by the end of FY17.”

“We are honored to be opening the 500th international Krispy Kreme store as we now enter the Aguascalientes market in Mexico,” said Ramon Soler, Executive Director Krispy Kreme Mexico, and COO of Taco Holding.  “Our partnership with Krispy Kreme has never been stronger, and today we salute and celebrate with them on achieving such a significant milestone.”

Krispy Kreme President and Chief Executive Officer, Jim Morgan, commented, “Krispy Kreme is a unique and beloved brand around the world, and we could not be more proud of our successful international operations team and our international franchisees than we are on this significant occasion.”