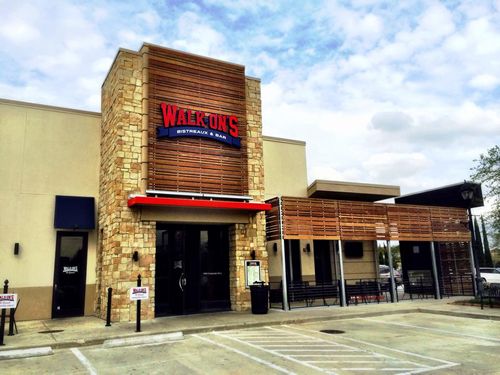 The “Best Sports Bar in North America” is gearing up for a major expansion.

Walk-On’s Enterprises, the Baton Rouge-based owner and operator of Walk-On’s Bistreaux & Bar and Happy’s Irish Pub, has added three talented professionals to its corporate support team as it prepares to launch a franchising initiative for its most popular concept.

At the beginning of 2014, Walk-On’s partnered with a leading financial group to expand its footprint further in Louisiana and ultimately beyond the state’s borders. In June, the company announced plans to open the first Walk-On’s Halfcourt, a scaled-down version of its namesake concept, in downtown Baton Rouge.

“The next logical step in the evolution of Walk-On’s is franchising, and we knew we had to bring in some outside talent to make sure we do it right,” said Brandon Landry, co-founder of Walk-On’s Enterprises. “I’m pleased to say we’ve added three blue-chip players to our roster, and they’ve each hit the ground running. It’s an exciting time.”

The new team members are:

“It’s not often you can secure three first-round draft picks in the span of a couple of months, but that’s what I feel like we’ve accomplished with these new hires,” said Scott Taylor, president and COO of Walk-On’s Enterprises. “I’ve known and worked with Craig for years, so I understand exactly how much he brings to the table…and it’s a lot! Mike and Shauna both have exceptional backgrounds and the expertise we need to take Walk-On’s to the next level.”

The company plans to officially announce its franchising strategy by the end of 2014.

Walk-On’s Enterprises is arguably the most distinctive restaurant company in America.  Its concepts are fresh, fun and original, from Walk-On’s Bistreaux & Bar — voted ESPN’s “Best Sports Bar in North America” — to Happy’s Irish Pub and Walk-On’s Catering. Additional growth lies ahead, as the company expands on its winning combination of delicious, affordable food and drinks presented in an uncommonly warm and friendly atmosphere.

For more information, visit www.walkonsenterprises.com or contact Ladd Biro at Champion Management at lbiro@championmgt.com or 972.930.9933.