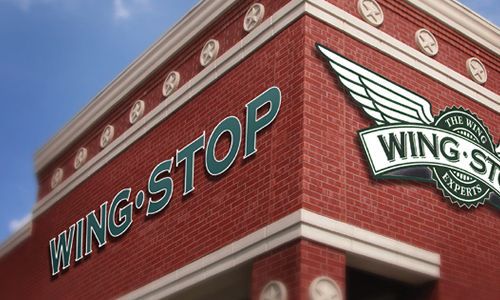 Wingstop has landed in Columbus, Ohio. The 550-unit chicken wing chain has opened its first restaurant in the area, and second in the state, at 2836 Stelzer Road in Columbus.

The new opening is thanks to franchise owner and operators Matt Morrison and Amanda Jones. At 29 and 28, Morrison and Jones are two of the youngest franchisees in the Wingstop system. The couple also operate multiple Subway locations, a Cinnabon store and plan to open several Wingstop restaurants in the area.

In addition to the development agreement with Morrison, Wingstop recently signed a multi-unit deal with Bob Patel to open several Wingstop locations over the next five years. Patel, who is also a Subway veteran, plans to open his first Wingstop in Columbus at 5446 Westpointe Plaza Drive this summer.

“We’re excited to introduce Columbus to Wingstop,” said Morrison. “Once people try the food, they’re hooked. And guests appreciate that Wingstop keeps the focus on a quality product that’s made fresh and cooked-to-order.”

Morrison was first introduced to the restaurant industry in his teens when he accepted a job at Subway. He quickly realized he wanted to operate his own restaurant and worked hand-in-hand with the Subway franchise owner to learn the ropes of running a business.

In 2005 Morrison and Jones formed Boardwalk 2022, Inc. with the intention of purchasing and developing restaurants in the area. Together they grew the company from one to 12 locations in just over five years and were recognized with a Young Entrepreneur of the Year Award from the Small Business Administration in 2011.

“Amanda and I were both born and raised in Columbus. We’re very active in the community and passionate about creating jobs for the Central Ohio area,” added Morrison. “We’re excited to bring a new business to the city and help grow the Wingstop concept in Columbus.”

With a sole focus on made-to-order chicken, the Wingstop menu features classic and boneless wings and Glider sandwiches, all sauced and tossed in 10 proprietary flavors. Homemade side dishes include fresh-cut seasoned fries, made daily from Idaho potatoes, baked beans, potato salad and house made ranch and blue cheese dips.

Founded in 1994 and headquartered in Richardson, Texas, Wingstop has more than 550 restaurants open across the United States and Mexico. With a sole focus on chicken wings, the Wingstop menu features 10 wing flavors including Original Hot, Cajun, Atomic, Mild, Teriyaki, Lemon Pepper, Hawaiian, Garlic Parmesan, Hickory Smoked BBQ and Louisiana Rub. Wings are made fresh, cooked-to-order and customers can also choose from homemade side dishes including Wingstop’s award winning fresh-cut seasoned fries. Wingstop has experienced eight consecutive years of positive sales increases, was named a Top 10 Best Franchise Deal by QSR magazine, and has been voted ‘best wings’ in markets across the country. Troy Aikman, three-time Super Bowl champion and Hall of Fame quarterback, has served as the chain’s national spokesman since 2003 and recently joined the Wingstop Board of Directors. Wingstop was acquired in 2010 by affiliates of Roark Capital Group, an Atlanta-based private equity firm that specializes in business and consumer service companies with attractive growth prospects and revenues ranging from $20 million to $1.0 billion. For more information visit wingstop.com, wingstopfranchise.com or facebook.com/Wingstop.