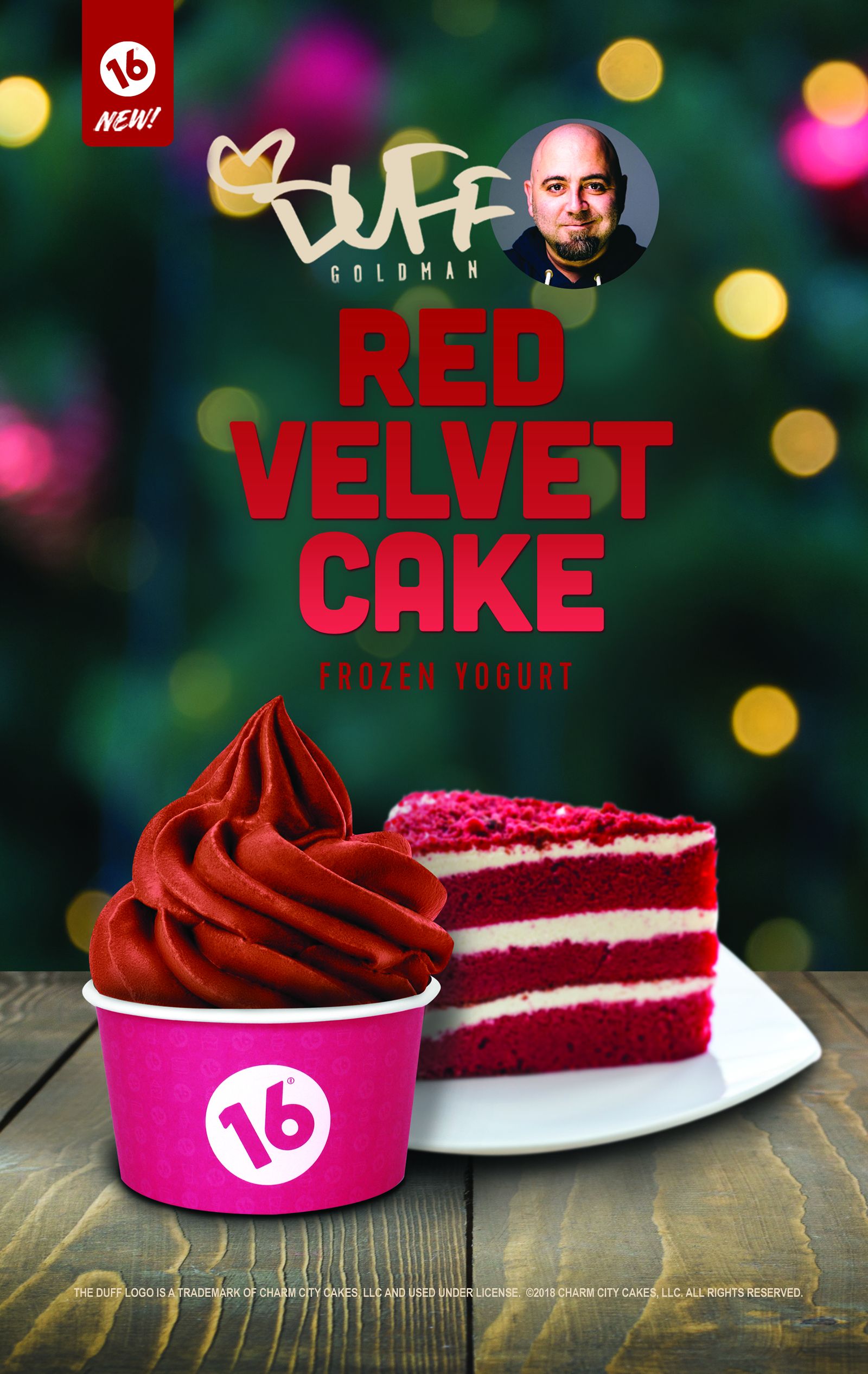 “Red velvet is an extremely popular cake to indulge in during the holidays,” says CEO and founder, Solomon Choi. “We’re excited to be collaborating with Chef Duff Goldman, one of the most sought after cake makers in the country.” 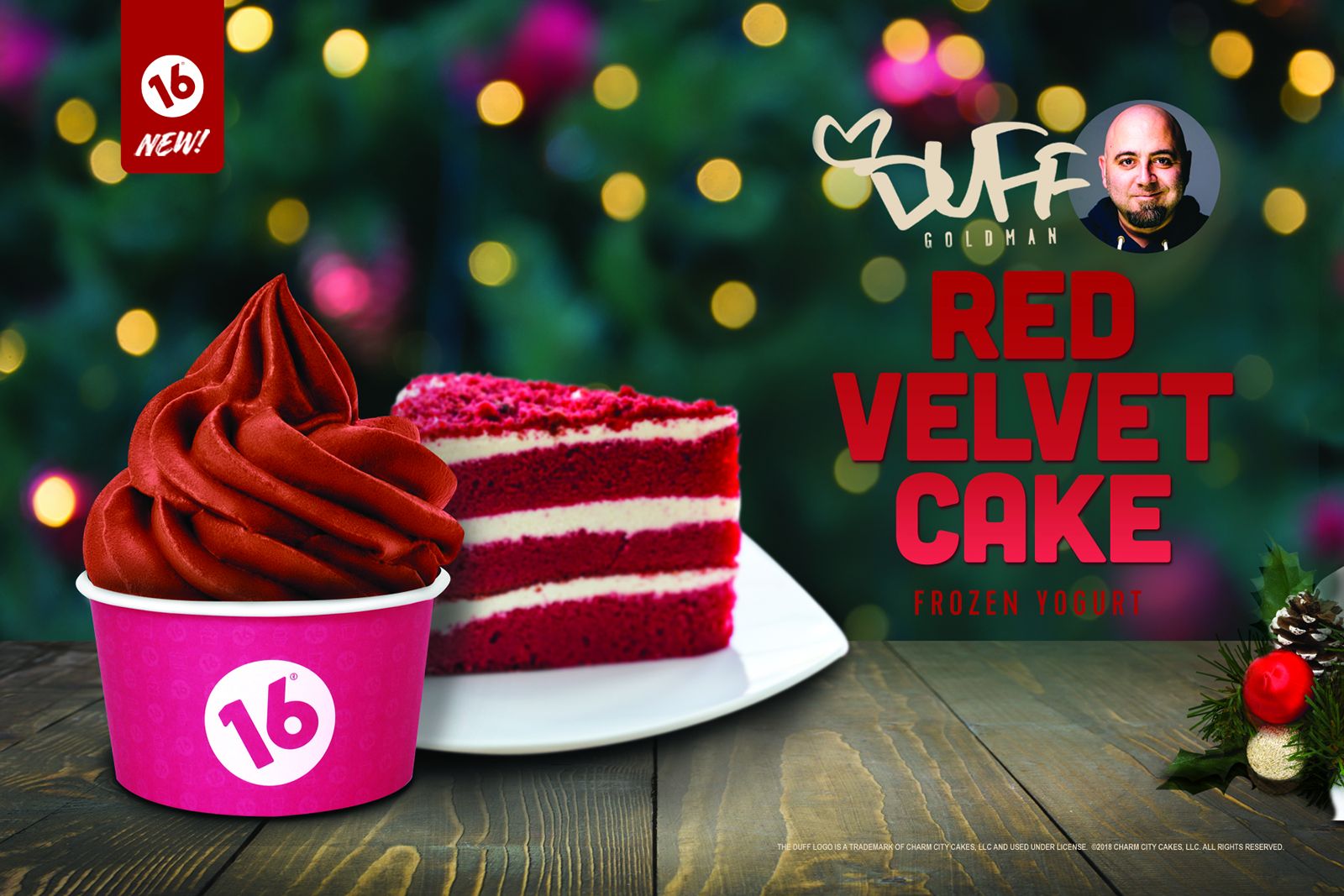 Duff Goldman is a chef, artist, entrepreneur, and celebrated TV personality who is known for the hit Food Network show Ace of Cakes, which took place in his world-renowned Baltimore bakery – Charm City Cakes. Duff is currently starring in several new shows on Food Network, including: Holiday Baking Championship and Kids Baking Championship. As part of the 16 Handles partnership, facilitated by Duff’s licensing agency Perpetual Licensing, Duff will continue to introduce seasonal flavors and offerings to 16 Handles at all locations.

Founded in 2008, 16 Handles is New York City’s first self-serve frozen yogurt shop and is currently the number one frozen yogurt business in the city. It has since grown to 35 locations and is now expanding internationally. 16 Handles sets itself apart with unique store design, innovative marketing, artisan flavors, and over 50 toppings to choose from, including your favorite candy, fresh fruit, sauces, and more. They highlight individuality and customization, encouraging fans to “flaunt their flavor” both in their cups and their lives. Committed to sustainability, 16 Handles uses biodegradable packaging and spoons and the brand plants 16 trees per day through a partnership with Trees for the Future. For more information visit http://www.16handles.com, Facebook (http://www.facebook.com/16Handles) or Twitter (@16Handles).