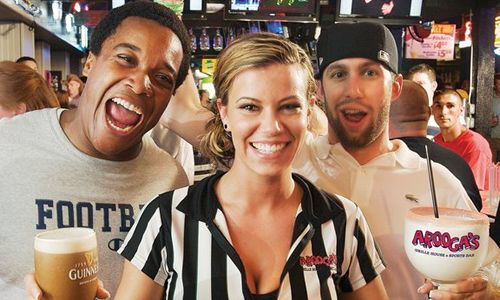 Football season is upon us and no one is in better football shape than Arooga’s.

Arooga’s Grille House & Sports Bar, Harrisburg Magazine’s readers’ favorite for Simply the Best Sports Bar and Wings, six years running, is showing every single college and professional football game this year on its more than 100 HD TVs and is having beer specials every day during the season. Better yet, NO BLACKOUTS.

In addition to winning local awards consistently for its wings, Arooga’s Signature Wing Sauces have taken top honors at the National Buffalo Wing Festival, the crown jewel of wing contests, five years in a row. 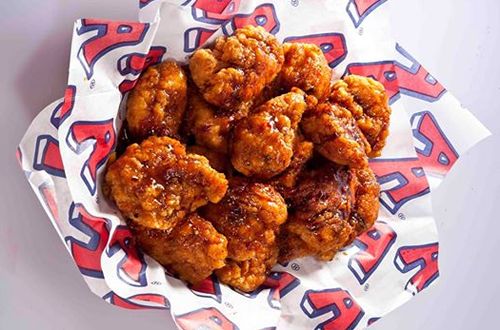 “There is simply no better place to watch football than at Arooga’s,” said Gary Huether, Jr., president and co-founder of Arooga’s. “We have every pro game, every college game, beer specials, wing specials and more HD TVs per guest than anyone. If your game is on early, like Penn State’s last week, we’ll open early. If you’re game is blacked out, like Philadephia’s this week, we’ll have it. We’ll make where you watch your teams this year a very easy decision.”

Arooga’s, which recently celebrated its sixth anniversary, and is scheduled to open another Central Pennsyvania location in the fall in Shippensburg, has the following eight locations in the Susquehanna region: