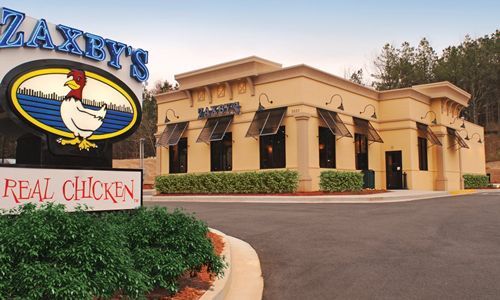 A Southeast favorite for chicken fingers and wings and one of the nation’s fastest-growing restaurant chains, Zaxby’s has opened its first location in Wilson. Located at 3019 Raleigh Road, licensees Tom Little, Archie Crenshaw, Richard Gower and Lauren Gower will operate the restaurant seven days a week from 10:30 a.m. to 10 p.m. daily.

“My partners and I have opened more than 10 locations in the state, which has provided us with in-depth knowledge needed to bring a successful restaurant to this community,” said Richard Gower, co-licensee of the Wilson Zaxby’s. “We know what makes Zaxby’s special – the level of service and the superior product – and we are excited to bring that to the Wilson community.”

“We’ve assembled a great group of around 60 team members who will deliver on the Zaxby’s mission to consistently create encore experiences that enrich lives one person at a time,” said Gower. “We believe the Wilson restaurant from the atmosphere to the service will exceed community expectations.”

Zaxby’s provides chicken fingers, wings, sandwiches, salads and more in a fun, relaxing atmosphere. Zaxby’s is a pioneer of the quick-casual format, providing services and amenities that fall somewhere between fast food and a sit-down restaurant. At the new location, customers will place their orders at the counter and are called to pick up their prepared-at-order meals when ready.

Wilson Zaxby’s guests will enjoy the Coca-Cola Company’s proprietary drink fountain, Coca-Cola Freestyle. The sleek, stylish fountain is touch screen operated, enabling guests to select from more than 100 regular and low-calorie brands – including many varieties of waters, sports drinks, lemonades and sparkling beverages that were not available in the U.S prior to the arrival of Coca-Cola Freestyle.

The menu offers innovative Zappetizers like Tater Chips, Spicy Fried Mushrooms and Fried White Cheddar Bites, as well as a variety of Party Platterz perfect for any family gathering or special occasion.

Zaxby’s also offers four salads, or Zalads:  The House, The Blue, The Caesar and its newest addition, The Cobb. All of Zaxby’s Zalads are prepared with chicken, three kinds of lettuce, interesting ingredients – such as French-fried onions – fresh veggies and juicy tomatoes, and are larger than most salads served elsewhere. Zalads are assembled at the time the order is placed, versus being pre-made and stored in a cooler.

Additionally, Zaxby’s offers a new line of premium milkshakes, including the popular Birthday Cake and Banana Pudding Milkshakes and the new Chocolate Cookie Milkshake. They are rich and creamy, hand-blended, and are topped with whipped cream. 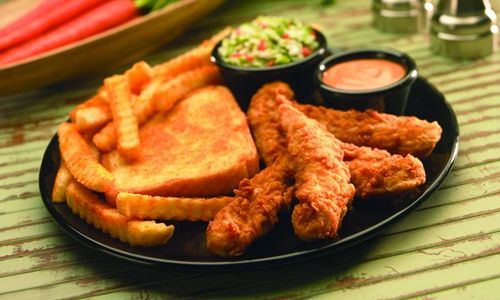 An alternative to fast food, Zaxby’s offers its guests prepared-at-order Chicken Fingerz, Traditional or Boneless Wings, sandwiches, Zalads and Zappetizers, along with a variety of nine sauces ranging from Wimpy and Tongue Torch to Nuclear and Insane. Childhood friends Zach McLeroy and Tony Townley hatched the Athens, Ga.-based chain in 1990 to provide a fun, relaxing atmosphere that would keep guests coming back for more. Consumers ranked Zaxby’s as the Most Craveable Fast Casual in America, in Technomic’s Consumer Brand Metrics program for 2013 and 2014, and QSR Magazine listed the chain as one of the 12 Best Franchise Deals in 2013, as well as a Top 30 Best Fast Food Restaurant. In honor of the thousands of children the restaurant chain serves every year, Zaxby’s is a proud supporter of Make-A-Wish. The company operates more than 660 locations in 16 states, including Alabama, Arkansas, Florida, Georgia, Indiana, Kentucky, Louisiana, Mississippi, Missouri, North Carolina, Oklahoma, South Carolina, Tennessee, Texas, Utah and Virginia. For more information, please visit zaxbys.com, zaxbysfranchising.com, facebook.com/zaxbys or follow on Twitter @Zaxbys.