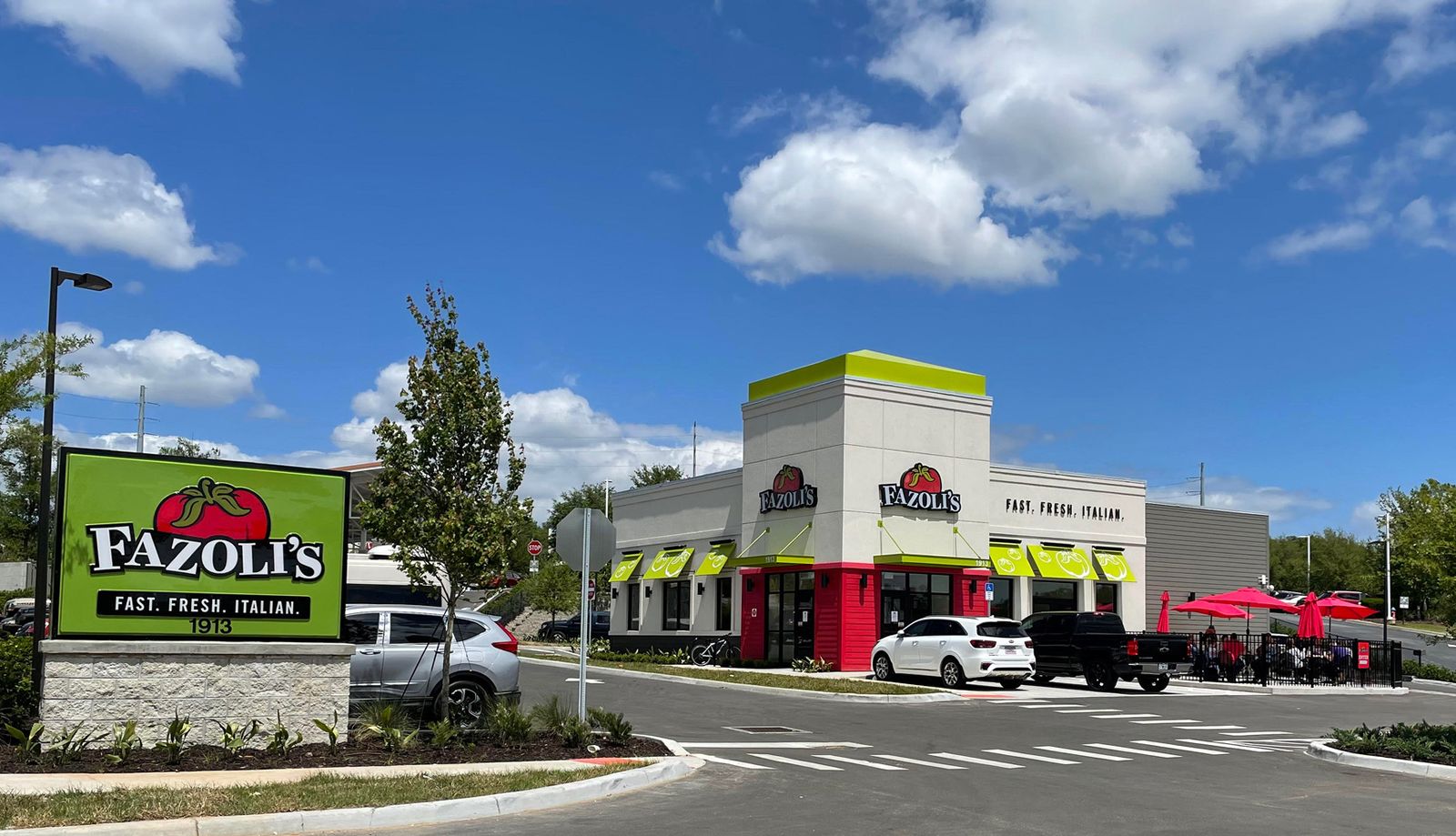 After a monumental FY2022 Q1 development performance, Fazoli’s is on pace to achieve its largest growth push in brand history.

The iconic Italian brand kicked off its fiscal year in April and announced its most aggressive franchise goal to date. Following its record-breaking 2021 fiscal year in which Fazoli’s signed 20 franchise agreements to develop 50 new locations, the brand set out to double its previous record with anticipation of signing 40 new franchisees for 100 locations.

In its first quarter alone, the renowned, Lexington-based brand executed eight area development agreements to add 22 new locations to its pipeline. Six new franchisees signed on to each open at least three locations, and two existing franchisees will expand their portfolio with the brand. With the new deals, Fazoli’s will continue rapidly expanding throughout Alabama, Arkansas, Florida, Georgia, Kentucky and Tennessee.

“Fazoli’s is on a winning streak, and we’re dedicated to achieving this extraordinary goal,” said Fazoli’s CEO Carl Howard. “With our sales and traffic momentum, Fazoli’s is well-positioned for tremendous growth and our first quarter proved that new and current franchisees across the country agree. Markets are selling out fast, and we’re still targeting development in cities like Dallas, Houston and Charlotte. We have much more to look forward to this fiscal year as we continue to drive expansion efforts nationwide in pursuit of reaching our all-time highest development record.”

All eight of the franchise deals signed are taking advantage of Fazoli’s unrivaled Franchise Incentive Program. With the aggressive incentive strategy, franchisees can sign a short five-year term, versus the typical 15-year commitment, with zero deposit, zero franchise fees and zero royalty fees in the first year. Fazoli’s also relaxed many of its conversion requirements so operators can open a 2,000- to 3,500-square-foot restaurant for under $350,000. For the remainder of FY22, Fazoli’s is on target to complete 11 conversions.

Along with offering an unmatched conversion strategy, Fazoli’s developed three new prototypes designed to capitalize on its unprecedented surge in off-premise revenue. A new 1,700 double drive-thru prototype, and a 2,200- and 2,500-square-foot prototype are in the works to provide prospective franchisees with the most cost-effective solutions to serve the brand’s premium Italian offerings while delivering the best bottom line.

“With our AUVs at an all-time high, there is no better time for us to rapidly grow our brand,” Howard said. “Our incredible menu, unmatched value and service model, combined with our current incentive, has franchisees signing up on a daily basis. It’s an exciting time to be a part of the brand, and we’re thrilled to watch the Fazoli’s Franchise Family grow at an unprecedented rate.”

To learn about franchising with this record-breaking brand, visit ownafazolis.com or contact Fazoli’s Sales Team – Steve Bailey at steve.bailey@fazolis.com or David Boatright at David.boatright@fazolis.com.

Founded in 1988 in Lexington, Ky., Fazoli’s owns and operates nearly 220 restaurants in 28 states, making it the largest premium QSR Italian chain in America. Fazoli’s prides itself on serving premium quality Italian food, fast, fresh and friendly. Menu offerings include freshly prepared pasta entrees, Submarinos sandwiches, salads, pizza and desserts – along with its unlimited signature breadsticks. Fazoli’s is a winner of FastCasual and Steritech’s 2020 Excellence in Food Safety Award and was named one of the “Top 200 Franchises in 2021” by Franchise Business Review, a FastCasual “Brand of the Year,” and an Entrepreneur 2018 “Franchise 500.” CEO Carl Howard was named among the most influential restaurant CEOs in the country in 2020 by Nation’s Restaurant News, was recognized as one of the top 25 industry leaders on FastCasual’s 2021 Top 100 Movers and Shakers list, and he and his team were recipients of the 2021 American Business Awards Gold Stevie Awards in Food & Beverage for Company of the Year, Achievement in Management.